In the aftermath of the last matchday of the Russian league Nigerian striker Ahmed Musa signed a new agreement with Red-Blues until the end of the season-2018/19. 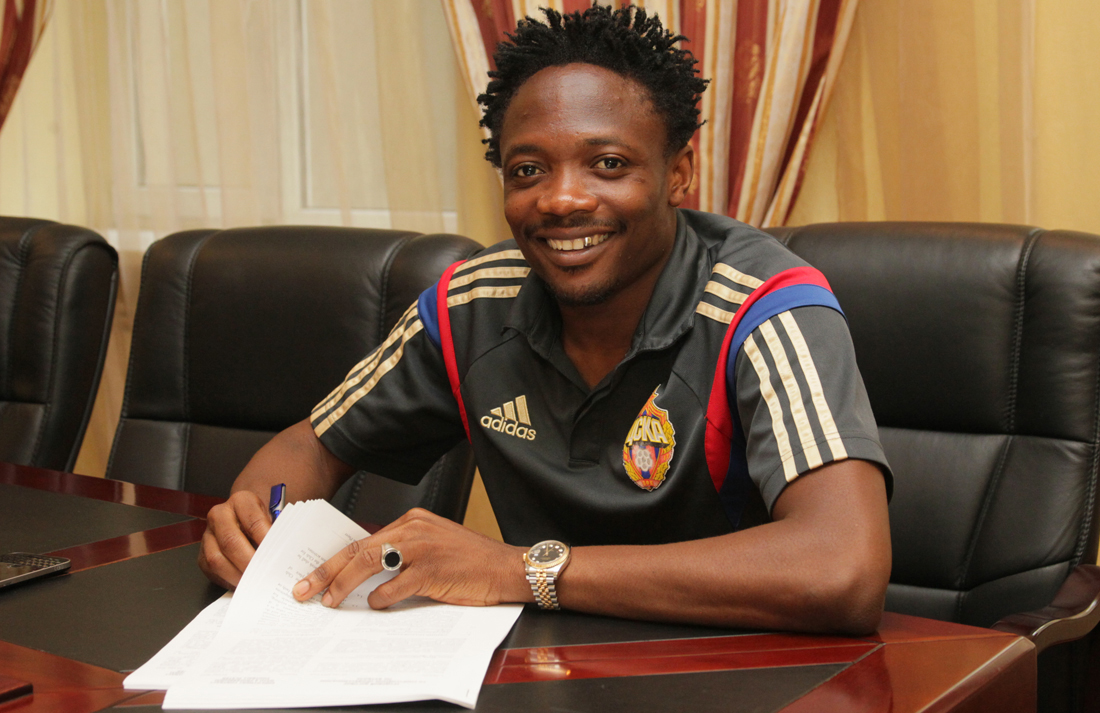 — Negotiations went very smoothly, — general director Roman Babaev told pfc-cska.com. — During the talks we were concentrating on technical details, as Musa's intention to continue performing in Red-Blues shirt was obvious from the first day. We are delighted that Ahmed prolonged his contract with the club.

In the last 3,5 years Musa won two Russian League titles, one Russian Cup and two Russian Super Cups. With Nigeria national team Ahmed won 2013 Africa Cup of Nations and became the top scorer of his squad in the 2014 World Cup.